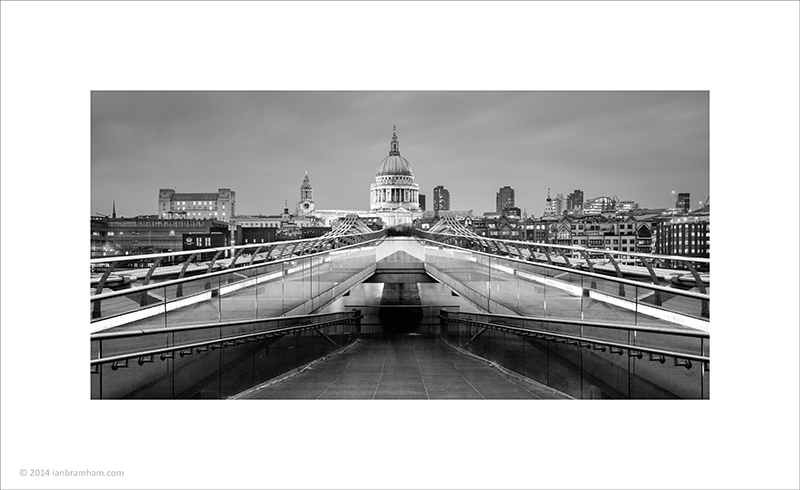 Posted by Ian Bramham (Manchester, United Kingdom) on 27 May 2015 in Cityscape & Urban and Portfolio.

A view along Millennium Bridge in London looking toward the dome of St Paul's Cathedral.

This was photographed at dusk just after the lights on the bridge and the cathedral had been turned on but before the sky became too dark.

You will see from the included camera exif info that was a 4 minute exposure photo - this is something that I sometimes do for busy city centre locations if I want to keep the photo uncluttered and without people - as long as they keep moving people don't show up on the image, even in places as busy as this bridge where I guess over a hundred people must have walked past the camera lens during those 4 minutes.

Masterful in every way.

Very well done, Ian. This time of year it's super busy around this bridge (unless you get up early enough), so I know the frustration of all those annoying people cluttering the scene.
I'm surprised at how straight you got the perspective pointing directly at St Paul's! I've always found it to be off by a degree or two - I guess it's just my eyes are not what they used to be :-)

Great position on the bridge, shows the symmetry perfectly