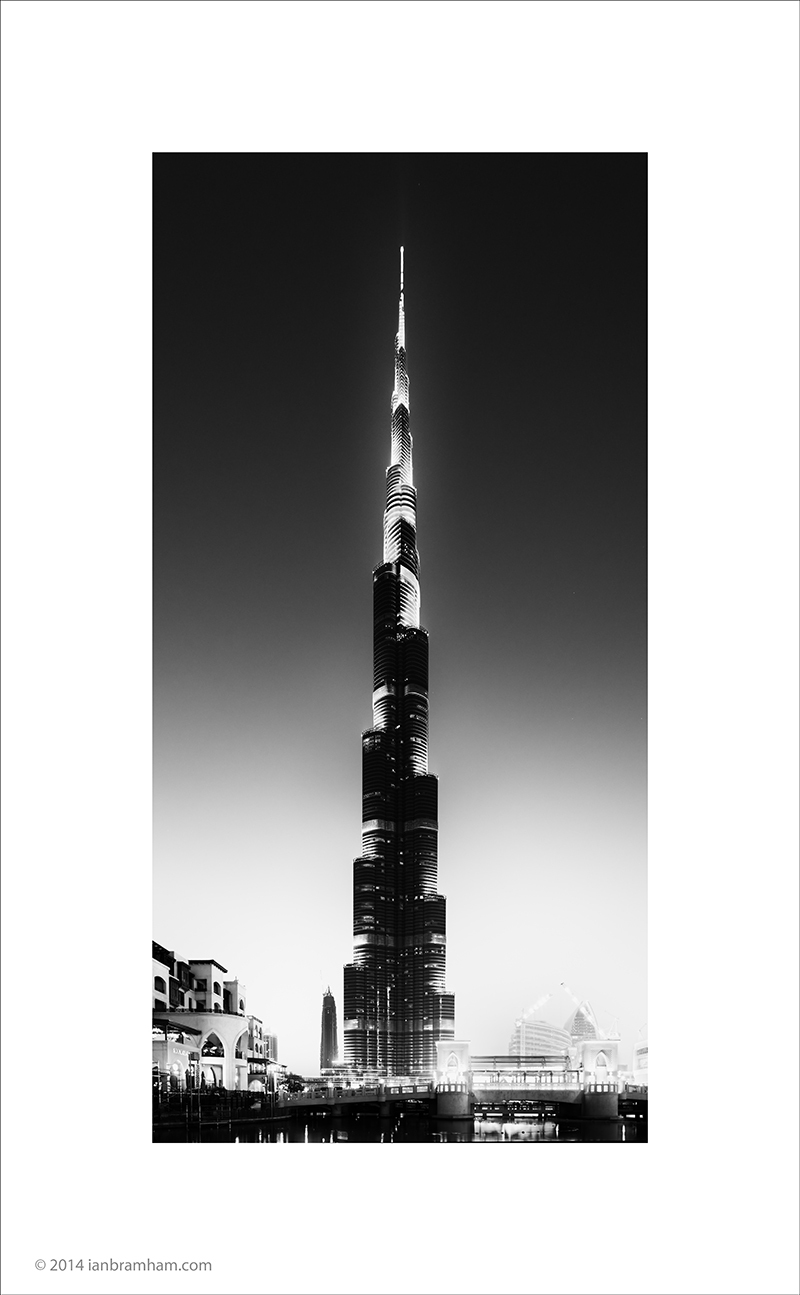 Posted by Ian Bramham (Manchester, United Kingdom) on 14 November 2014 in Architecture and Portfolio.

One of a series of photos that I took during the summer of the tallest building in the world, the Burj Khalifa in Dubai.

As you know, I'm very interested in the idea of simplicity in photography - this is a deliberately minimalist architectural photo which pushes the concept about as far as I would ever want to take it. In fact, I think the only reason it works as a b&w image is that I managed to contrast the top, brighter part, of the building against a dark sky and vice-versa for the lower part of the building where the sky was brighter due to the city lights.

Extaordinary tower ! Very impressive by its shape and its height

Fantastic sense of scale! Perfect vignette of dark to light. I'd imagine a big print is required to appreciate this in all its glory :-)

magnificent work Ian! before reading your text i was drawn into this by exactly that reverse transition of tones and the contrast that you have captured here!

Beautiful B&W, your really good at this.:))

Great capture of a great building.