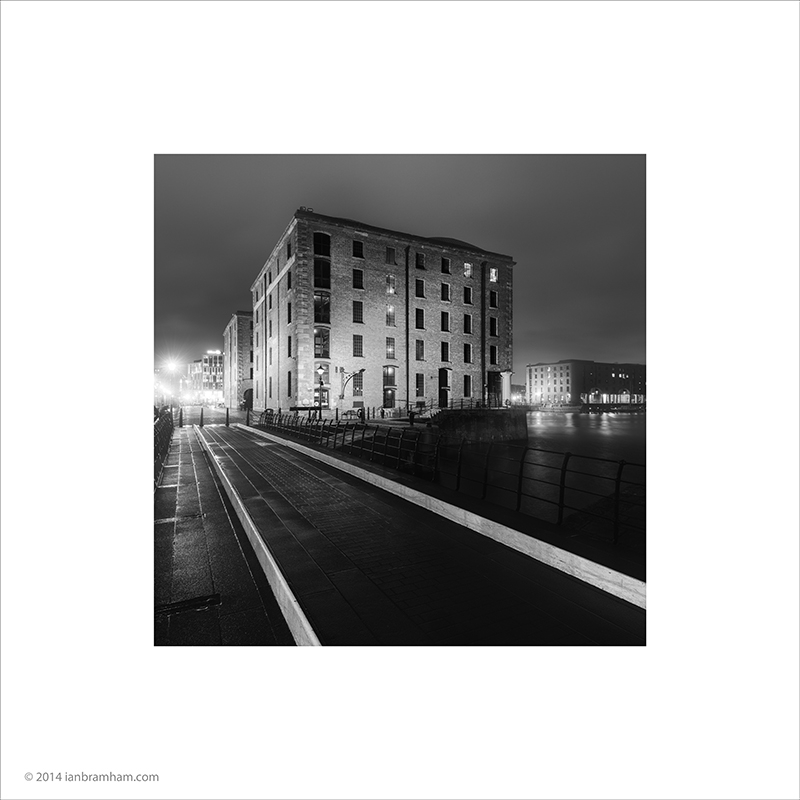 The Albert Dock in Liverpool was opened in 1846.

At the time, Liverpool was one of the biggest ports in the world and the Albert Dock was at the leading edge of warehouse design.

It was designed from the outset to be fireproof which meant that a hundred years after it's construction it survived the heavy bombing of the city during WWII.

Superb, the lines perfectly lead our eye to the splashes of light in the distance.

Superb all round, Just wonderful contrasts between the brick of the building at the sky.

Surreal, this night shot!
Strong lines but maybe a tat less compositionally balanced than usual. I'm using the composition sections of your website to lead me but I find it so difficult :-)

excellent composition and light! i love the leading lines!