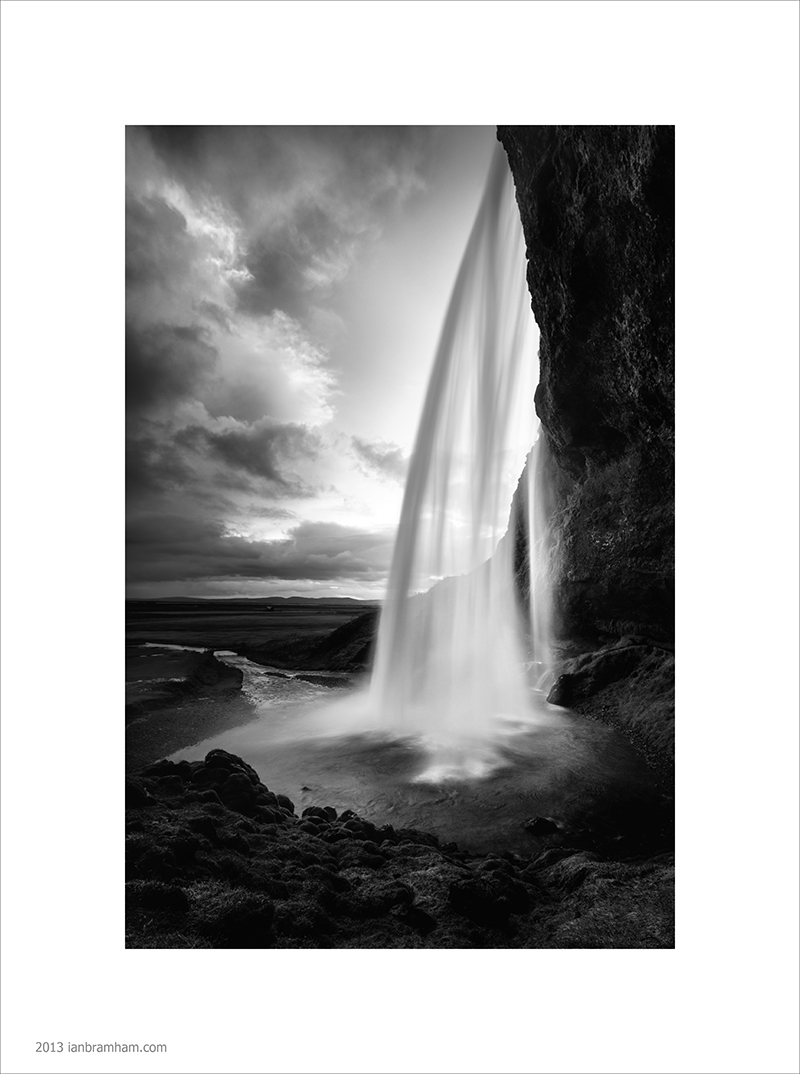 Posted by Ian Bramham (Manchester, United Kingdom) on 21 May 2013 in Landscape & Rural and Portfolio.

This was photographed from behind the waterfall at dusk. It's a photo that I took back in October 2012 but had never tried post processing until now.

To give you an idea of scale the waterfall is 60m high and the spray from it filled the air; in fact, the biggest problem in taking this long exposure photo was keeping the water off the surface of the 6 stop neutral density filter that was screwed onto the front of the lens for the 1 second exposure time that I was after.

It looks like a curtain ! A wonderful landscape, light is beautiful.

Great exploit (no water on the filters) and unique point of view. I love how the clouds seem to give some place to the waterfall in the frame.

en enchanting photo! great choice of perspective and superb composition! i know what you mean about trying to keep the water off the filter - i had to go through that exercise a few times in the past as well...

I love the clouds that seem to deviate from the waterfall!

I feel like at the beginning of the world. Beautiful curtain as a sail.

Absolutely gorgeous! I love the perspective. Fantastic monochrome and the water is just beautiful.

The energy and force in that explosion of water - the exposure is great.

What amazing drama and ethereal beauty! Love this very much Ian! All the elements were brought together magically! Congrats on such great work!

... and reviewing your portfolio once more... I have to tell that you are a gifted shooter, indeed!!!
Txs4SharingAgain

This is absolutely beautiful, it's got impact and is definitely impressive. I can only imagine 60m ! Fantastic shot of it!

Wow, what a shot! Great composition and light.

BW, silhouettes and contrasts by Josep