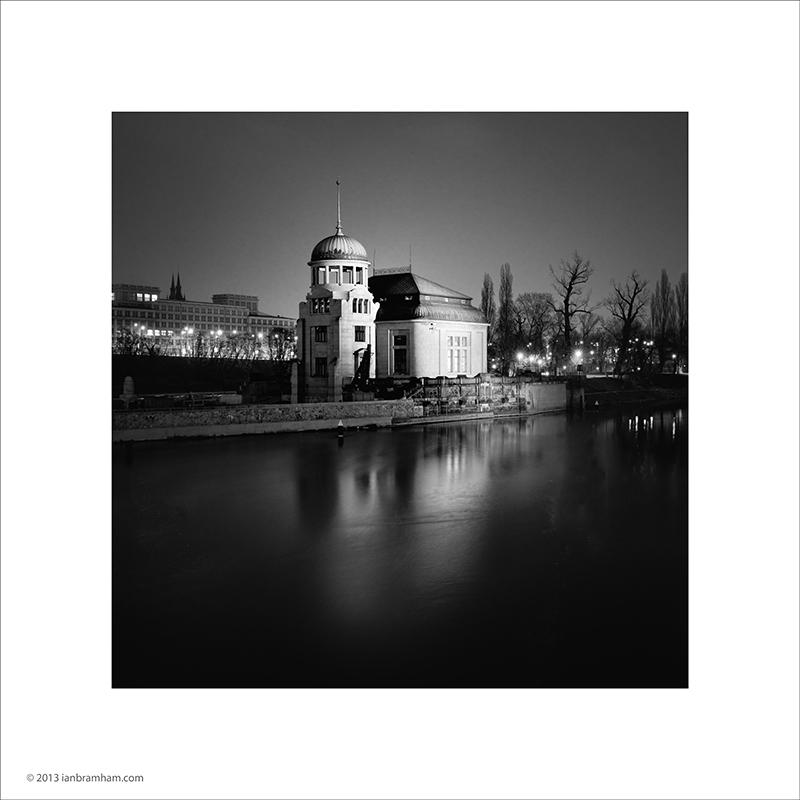 Posted by Ian Bramham (Manchester, United Kingdom) on 25 April 2013 in Architecture and Portfolio.

What a glorious city Prague is!....even it's power stations are beautiful.

Designed by architect Alois Dlabač in 1913-14 this is an art nouveau style hydro-electric power station built on Štvanice Island in the river Vltava in city centre Prague.

The original machinery producing 400KW was in operation until 1970 but it's now been uprated with modern turbines to produce 5.7MW.

Fabulous! I love your style.

I love this picture. Have a nice day.

The light concentrated on the building: beautiful.
It seems you felt in love with that city.

@Gérard Beullac: Thanks Gérard. Yes, it's a really beautiful city. Before dawn every day that we were in Prague I walked the 1 mile upstream along the river from my hotel into the city centre and so I passed this lovely power station each morning but the whole city is full of wonderful buildings from the medieval period onward through baroque to art nouveau.

You have an amazing gallery, I'm glad I stopped by. Superb work!

fabulous composition! superb light too - the power station looks as though a spotlight was illuminating it here!

Fabulous work Ian! Love the sparkling of the lights in the buildings

This is some serious photography displayed in your website!!! I really enjoy, in particular, your composition style.

Your classic tone and exquisite play of light make this such a special appeal! Another masterful work Ian!

So this is how you make a humdrum pumping station look like the Eiffel Tower.... Beautiful work, as usual.