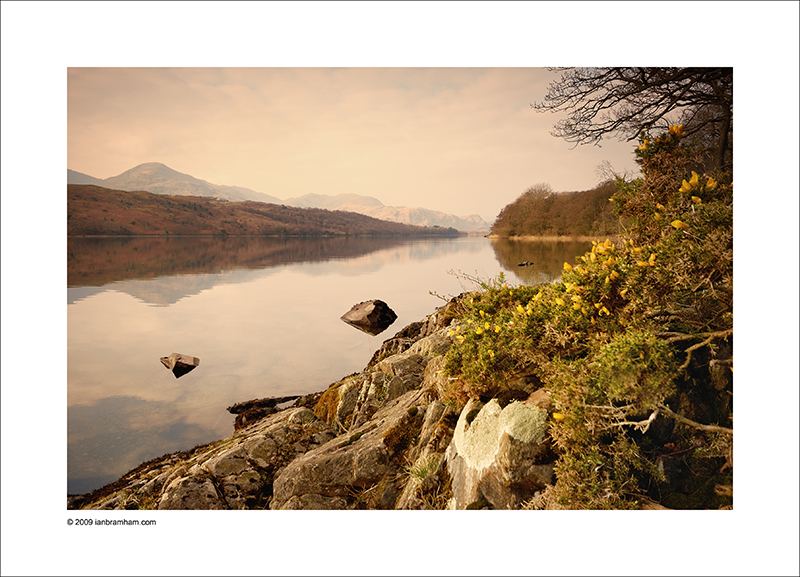 I came over from vfxy. Nice reflections although the day looks a little gloomy doesn't it? Your pictures bring back memories for me... I was in Manchester, Lake District and Scotland just 3 weeks ago and enjoyed the scenery very much :)

@engloy: Thanks for your comments Engloy! Yes, the light was not particularly clear or brilliant that day although the air was very still so the reflections on the lake were great. Landscape photography on days like this when it is slightly misty can be very interesting as the loss of clarity with distance can help give the photos a sense of depth.

@Sof: Thanks Sof! Yes, the Lake District is probably the most beautiful place in England that I've seen, only rivalled in the wider UK by places in Wales like Snowdonia and parts of the Scottish highlands.

@Drey: Thanks Drey....I selectively warmed up the colours in the background in this photo and added a little contrast to the foreground.

Although it's not your fault, I have a bit of an issue with the two rocks in the water as they look like they have just been cut and pasted into the photo. I think it's probably because the water is so calm and there's a big contrast in colour between the rock and water. That aside, it's a pleasant photo and the orange warm-up suits it. There's some real stunning scenery in the Lake District and this photo highlights its beauty.

@Mike: Hi Mike, Yes, I know exactly what you mean about the rocks as I felt the same way when I was processing the photo. If I was that way inclined I'd have probably got rid of them in Photoshop but cloning on that scale is not something I'm into.

The tonality gives this photo a slight vintage feeling, it's like a photo from an old National Geographic magazine. I like it very much.

Your photos of the Lake District have a particular magic. And this one is no excpetion. I like, also, how it looks reminiscent of the hand-tinted photos of the 19th century.

Oh Ian, such beautiful compositon and tonality!!! I thought I was enjoying a vintage painting!

This is absolutely stunning, Ian. The light is extraordinary. The foreground is strong with excellent detail.

This is like a landscape painting. Beautiful, subtle colors and lighting.

What a magic place and I find it very soothing.

I really like the way you have processed this . It gives a very delightful vintage effect. A sooting and serene picture.

Great colors in this. The depth of the shot is astounding! Gorgeous!

wow! i like the wonderful smooth and soft light here that seems to warm up the scene a lot! great clarity and sharpness as well and a good composition!

Just beautiful. The tonal range is wonderful. The light is so soft and warm. Gentle is a word that keeps coming to mind.

It is easy to see why painters have journeyed to the Lakes District. Beautiful. The colours are so warm.

It's a very nice shot. I like the way you've composed it, with a dominant triangle of foreground, which is rather unusual and adds lots of interest. The obvious composition would have been right down at the water's edge, with a rock or two in the foreground, which wouldn't have been anything like as strong. There's also a real sense of depth to the pic, which I like a lot.

incredible light, color, the beautiful detailed rocks and trees, grass in the foreground...majestic mountains fading into infinity it seems...the reflections and the lone rocks in the water...what can a say Ian...great photo...something i can easily lose myself in...

Oh how beautiful is this! Magnificent!