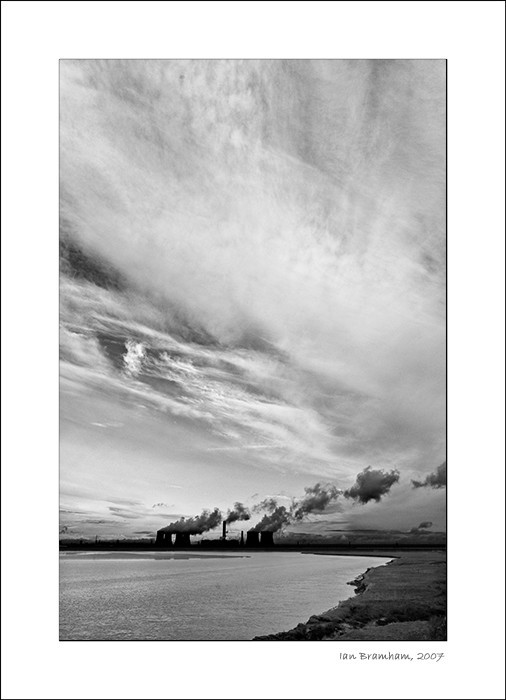 Following on from the theme of the last few days this is the last in a small series of photos showing some of the Power Stations in the North of England. This one is of the cooling towers at Fiddler's Ferry Power Station in North West England.

It's loosely inspired by the work of the famous English Photographer Michael Kenna and the series of images that he took of Ratcliffe Power Station between 1984 and 2003 : Michael Kenna

I'm travelling over the Christmas holiday period and will be away from an internet connection for a while so won't be able to return comments, although there's afew more days of photos pre-loaded.....I'll catch up with you all after the break but wish you all a Merry Christmas and a very happy New Year!

If you like this photoblog you can vote for it here Photoblogawards, here VFXY Photos or here CoolPhotoblogs

That is so stunning Ian, but then again when are they not? I'm so impressed. Hope you're having safe roads, good food, great company and get tons of photographic-related gifts LOL

wonderful b&w capture!
have a great holiday!
rated for you.

it is very beautiful

by b/w you show a good photo of unclean idustry .very nice sky