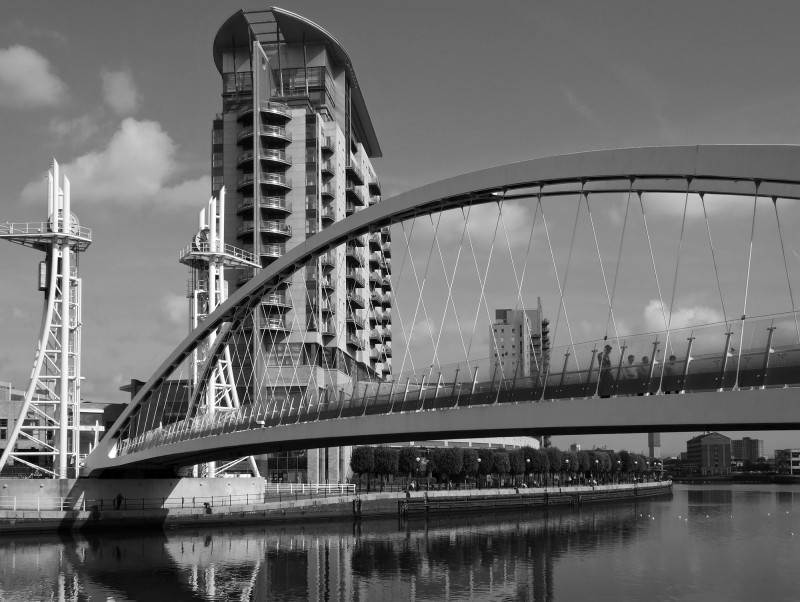 Posted by Ian Bramham (Manchester, United Kingdom) on 15 September 2007 in Architecture and Portfolio.

This is the Millenium Bridge in Salford Quays, Manchester. It is 5 minutes from our office and is the main pedestrian link over the Manchester Ship Canal between the Lowry Centre and the Imperial War Museum.

This shot was taken using the b&w in-camera setting and is not a conversion from an original colour photo using photoshop. I'm experimenting with this setting at the moment as I found it made a difference when composing shots. Also, although it is obviously more limiting in terms of tonal range compared to doing a photoshop conversion, I thought it resulted in higher overall IQ.