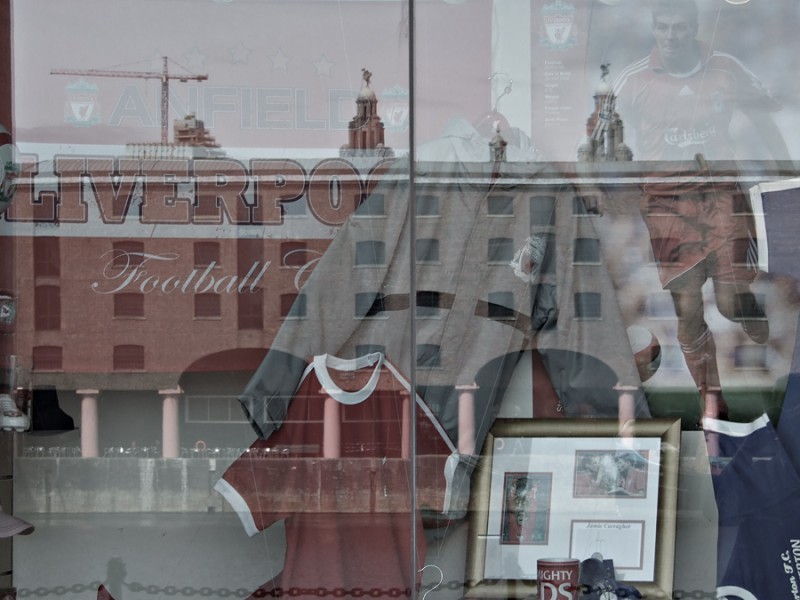 I took this photo in the Albert Dock and to me it sums up in one picture the spirit of the city of my birth - Liverpool.
The football of course, both red and blue, but you can also see the Albert Dock itself. The Liver Birds, which are the symbols of the city, can also be seen above the roof of the dock perched on top of the Liver Building.
Finally the city is full of tower cranes at the moment with all the building work that is going on in the run up to the 'European Capital of Culture 2008' celebrations.

great composition and reflections in the window.

@GC: Thanks for the kind comments GC - We obviously come from the same part of the Uk ( I live in SE Manchester) so I'm sure that you must be familiar with the images in the window reflection.

@daniel kurniawan: Thanks Daniel! - It was just one of those lucky shots that you get now and then out of the blue.

@Olaide: thanks very much Olaide!